Football runs throughout Term 2 and Term 3 at Tauranga Boys’ College and there is some pre-season training in Term 1 for players who believe they are capable of making the 1st XI squad. The 1st XI will most likely play in the WaiBOP Federation Premiership again in 2020. This is a men's competition comprising teams from clubs throughout the Waikato and Bay of Plenty region.
The 2nd XI and 3rd XI will continue in the Baywide Youth Premier Division. This league is for players under the age of nineteen. Generally the league comprises other Bay of Plenty schools' 1st XI teams and our Junior A team.
All other seniors will play in the eight-team Tauranga Boys' College Senior World Cup with games on Southey Field either on a Friday after school or on a Saturday at 12:00pm. Boys have the opportunity to make up their own squads and choose a country name for their team. Included in fees for this league will be a personalised, replica shirt with the player's name and selected number on the back (e.g. in 2019 teams included Germany and Nigeria). All squads must have an adult manager who is able to attend most games and help with organisation and administration.
In 2020, the top Year 9 and Year 10 side (Junior A/Junior Argentina) will play in the Baywide Youth Premier Division (U19). There will be three other graded teams (Brazil, Croatia and Djibouti). Brazil will play in the Baywide Youth 1st Division (U19). The other two teams will play in the local 14th/15th grade (1st Division).
All other Year 9 and Year 10 students will play in a Wednesday afternoon Tauranga Boys’ College Champions League. There will be eight teams, games will be 7-a-side playing across half a pitch with half-size goals. Each squad will be made up of between 10 and 12 players and all teams will have a 1st XI player coaching them who will run a 30-minute training session on a Wednesday at 3:30pm. Games will then start at 4:00pm and be finished just after 5:00pm. The 1st XI player will offer sideline advice and encouragement. Players in these teams can choose to get together with their friends to play in the same team - there will be no trials for these teams. Teams will have personalised shirts included in fees, like the Senior World Cup.
The 1st XI additionally competes in the NZSS Premier Tournament in late August/early September, inter-school fixtures during the season and play in the Super 8 Tournament in August. In 2019, the 1st XI won the Super 8 and were 5th at the NZSS Premier Tournament.
The top junior team - the 16 best in-form Year 9 and Year 10 players that compete for the school will also have various inter-school fixtures and host the NZSS Hillsdene Trophy which is part of Tournament Week in late August/early September. This side won the event in 2019 after finishing third for the two years prior.
TRAINING: Generally, the more competitive teams train 1-2 times a week after school (teams have also previously chosen to train before school). Less competitive teams can chose to train once a week. Training frequency and times depend on the teams that players are selected for.

UNIFORM: Physical Education uniform or football kit for training. Playing shirts for all the 1st XI through to the 3rd XI and Junior Argentina to Junior Djibouti are supplied for the season. Teams (outside the 1st XI) play in Physical Education shorts and Tauranga Boys’ College football socks (available from the Uniform Shop).

PARENT HELP: Parents interested in helping as coaches or managers, particularly with the 3rd XI, Senior Social teams and Junior League teams, can contact the Teacher in Charge. This assistance is essential and greatly appreciated.

REGISTRATIONS: Done via the Comet website. Existing players should 'roll over' their membership themselves. New players will be provided with a link to register.

COSTS: The fees for football depends at what level a student is playing. Each student would pay one of the following fees; 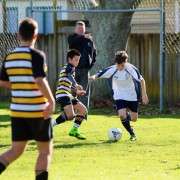 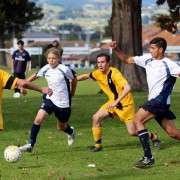 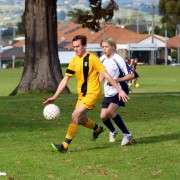 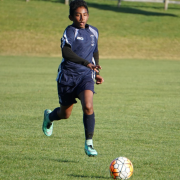 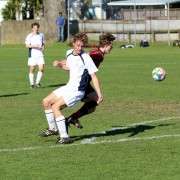 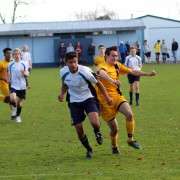 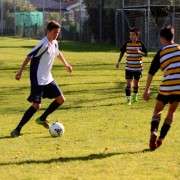 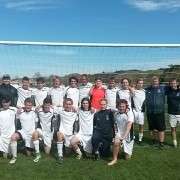 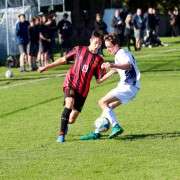