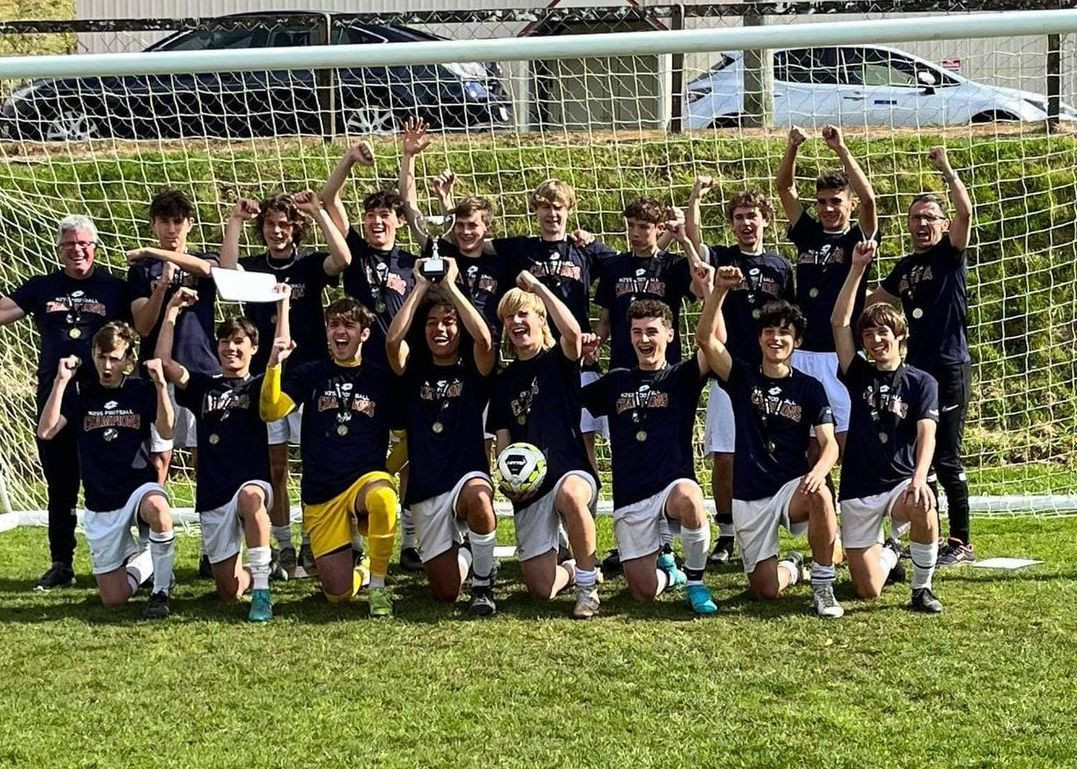 Congratulations to the Football 2nd XI - Winners of their tournament!

A very fitting end to a fantastic week. Our boys approached the final with purpose and focus and gained the result they deserved for their hard work during the tournament. We dominated in all aspects for the first 15 minutes of the final and were rewarded when Leo Robbins broke down the right flank and pulled the ball back to the edge of the box for Harley Gardiner to fire into the roof of the net. With the score at half time being 1-0 the message was to keep the same intensity and finish the tournament well. Joby Reid helped settle the nerves with another great finish after a patient build up to make it 2-0. There were nervous times soon after this when a penalty was awarded to New Plymouth after a foul on their striker. A tremendous save from Jackson Gilbert ensured we kept our 2 goal cushion and when Jack Fitzgerald finished a sweeping move with a fine volley the game was over. The whole squad played their part in the final and it was great to see Braetyn Allan, Ryan Speirs, Archie Mutch and Finn Woodhouse come on and add huge value to the team performance. A great result in the end to contribute to a momentous day for TBC Football. As an indication of how tight knit our football community is, many of the boys came off the pitch and went straight to the 1st XI live stream to catch up on their progress - congratulations National Champions!

From a coaches point of view - this was an outstanding week. The way this group of boys approached everything was refreshing and humbling. Those that didn't always start were prepared to be good squad members and took their opportunities with pleasure. They were all outstanding in their actions on and off the field and were an absolute credit to their school and whanau. Thanks also to the families that came to support the team - New Plymouth is a long journey. We look forward to watching the continued progress of these fine young men.