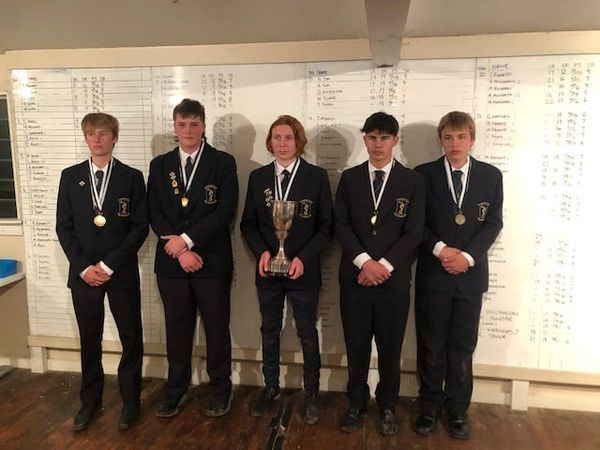 It is official that the TBC Clay Target Team is now the 2021 South Island Secondary Schools Clay Target Champions. Yes, WE ARE THE CHAMPIONS!!!

Oliver Norwood was 1st in the Junior points score.

The results are really thrilling and an awesome testimony of the calibre of shooters, coaches, and parent support we have. The boys who participated were:  Alex Williamson, Billy Eynon, Khol Soutar, Oliver Norwood and Ryan Taylor.

Some of the top teams from the North Island also participated. Despite a fierce battle between the teams from the South and the North, our boys maintained their composure, stayed resilient, persevered, fought against other teams and the weather, and prevailed with the good man qualities!

A huge thanks to the boys and the parents that accompanied them to make this a success.